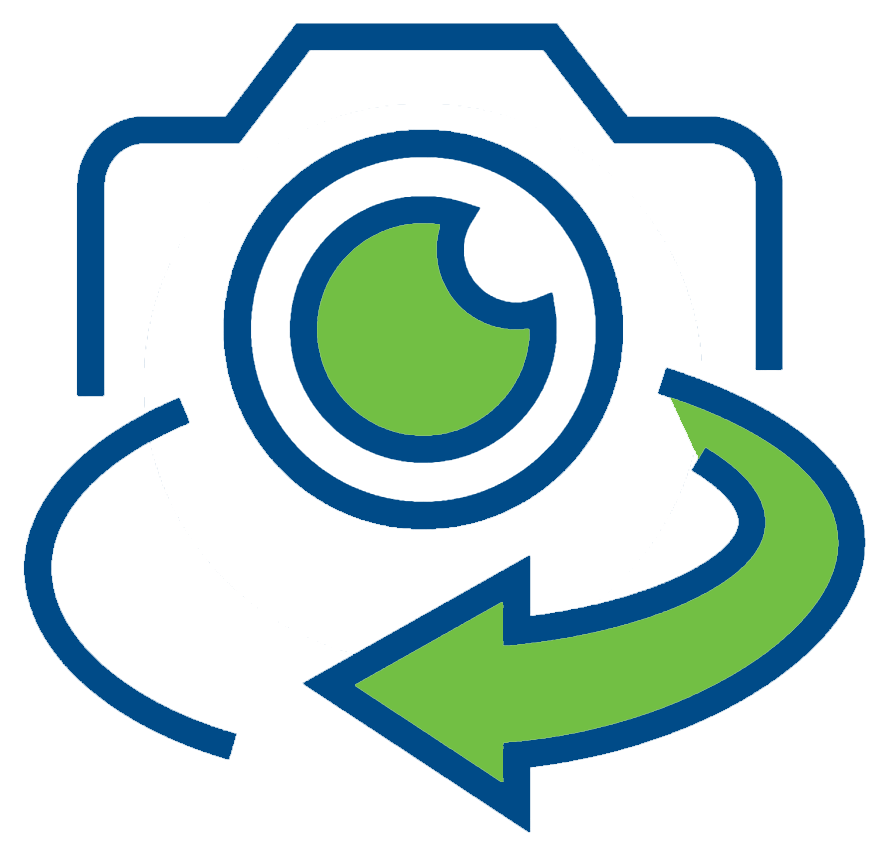 We did it! Proposition 1 passed and now the Recreation Center Project will become a reality in North Platte. You, the citizens of North Platte, made this happen. Thank you to all who supported this community effort by first signing the petition to add it to the ballot, and then with your vote, social media posts, yard signs, conversations with neighbors and more. The City of North Platte and the Wellness Alliance will immediately begin the next step of finalizing plans for the project, which includes renovations to the Recreation Center, Cody Pool and the relocation of the skate park.

Keep following us for updates on the project. Thank you for your support. The future is bright! 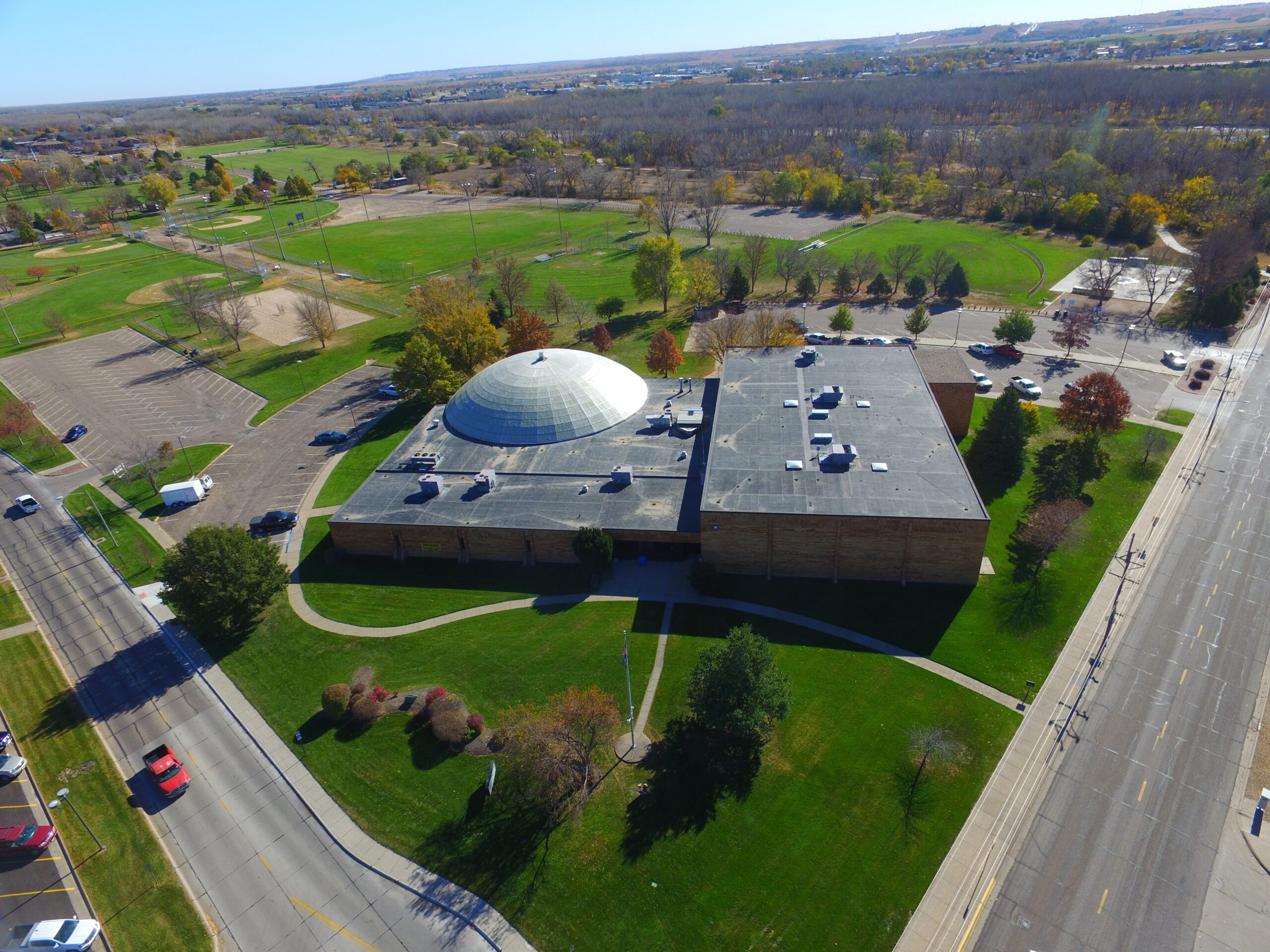 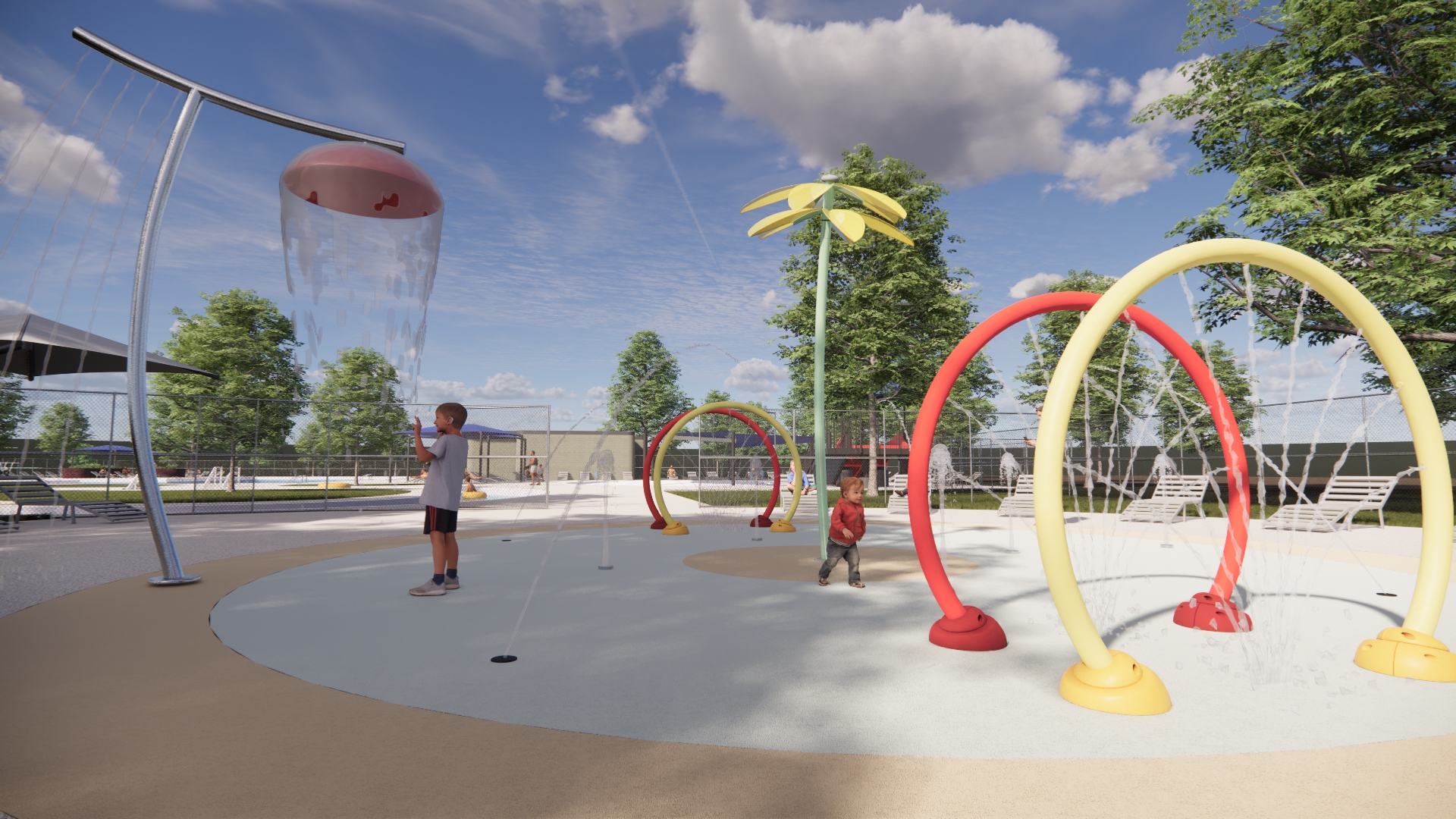 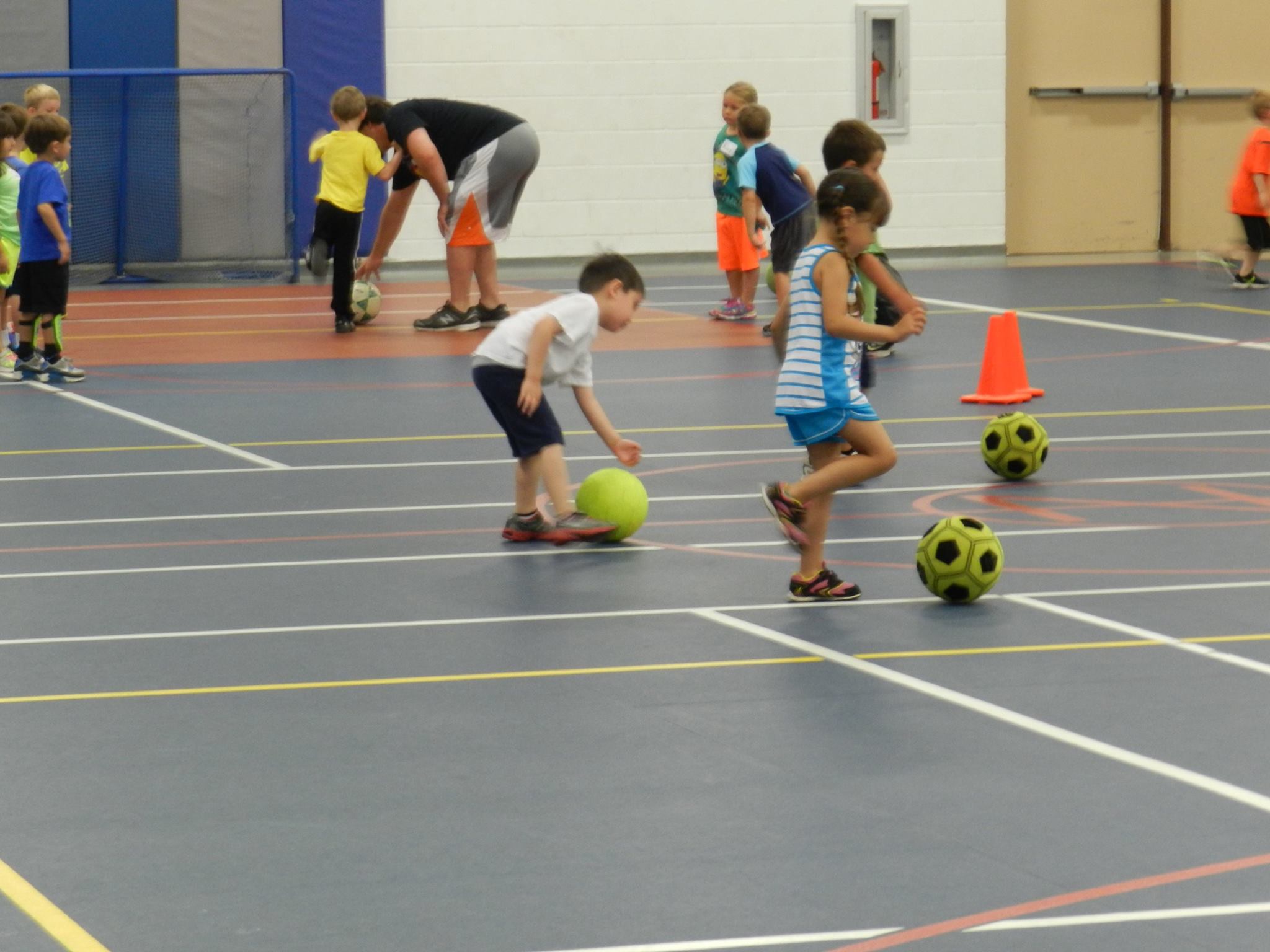 The existing North Platte Recreation Center was built in 1976 and has served as a community hub for physical fitness as well as for social opportunities for a wide variety of ages, backgrounds and socioeconomic positions. The nearly 50-year-old recreation center has had regular maintenance to keep the facility operational; however, the building has not undergone any significant improvements during the past 46 years. The infrastructure is aging and requires more and more maintenance expenditures, with necessary infrastructure replacement looming in the near future. The Recreation Center has served a great need in North Platte, however due to facility age and lack of meaningful improvements over the years, the structure no longer meets the needs of the community.

Quality amenities, such as a renovated and expanded Recreation Center is vital to North Platte’s future, not only by adding vital economic activity, but also by enhancing the quality of life, improving the morale and health of residents, regardless of their financial capacity. 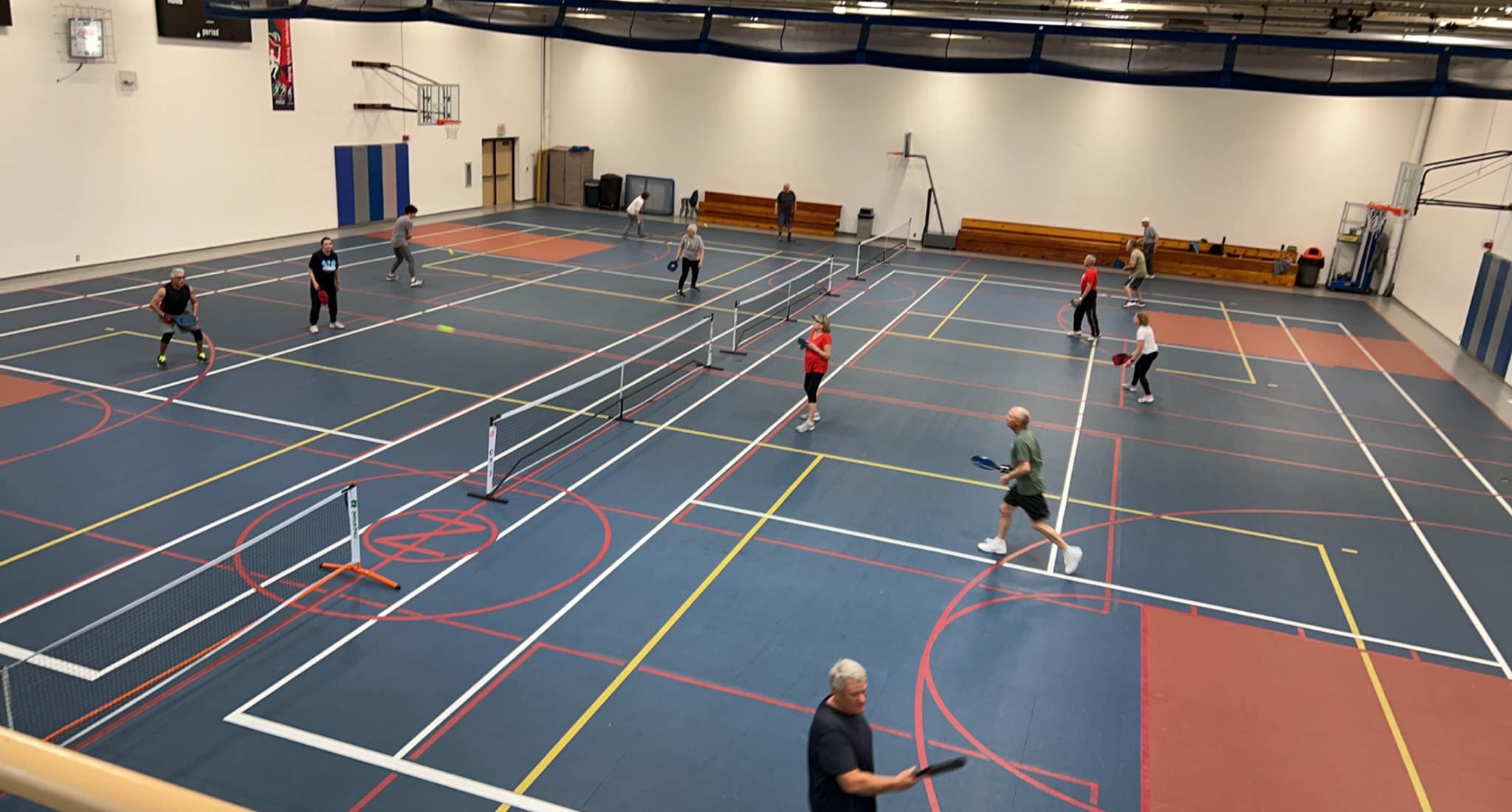 An expanded Recreation Center is key to further developing and growing our community and building a sense of public pride amongst our residents.

Don’t Just Take Our Word For It

The GreenPlay assessment included a needs/wants analysis as well as an analysis of use of existing recreation amenities in North Platte. Top two priorities that surfaced from the GreenPlay study showed high public support for:

1. Sustaining and maintaining what we have

Using the focus group and survey data from the GreenPlay study, the task force began working with a design firm (TSP, Inc.) to develop concepts of an expanded and remodeled facility as well as a new build, including estimates on cost, recommended features, programming and accessibility. It was important to compare both a new build as well as a remodel in order to determine the best option for North Platte.

The City of North Platte enlisted the services of Barker, Rinker, Seacat (BRS) to conduct a mechanical and structural assessment of the Recreation Center building. This study found the building to be structurally sound and in good condition for its age, although some significant repairs are needed to the mechanical system and pool area. 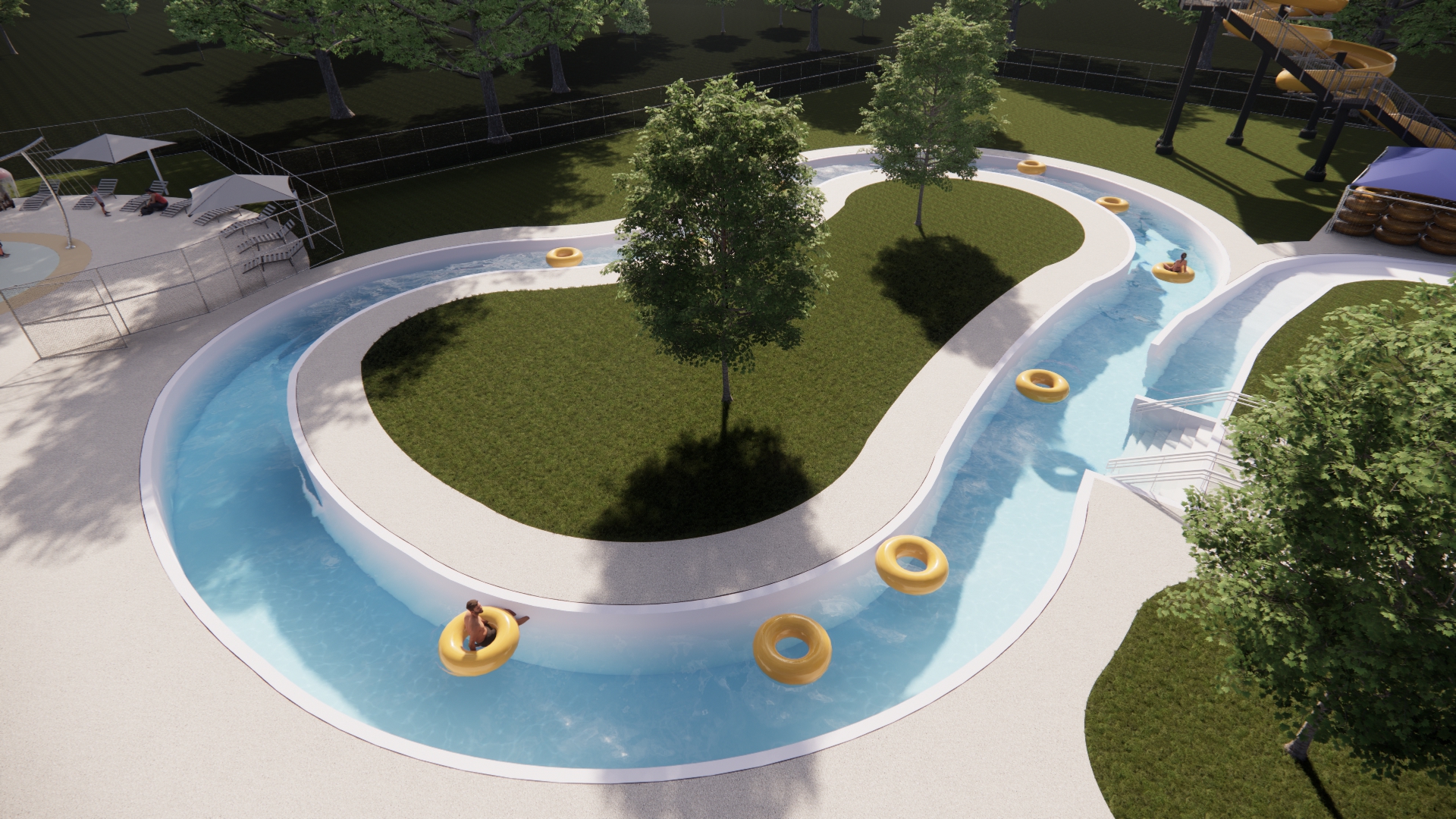 The number one reason cited in the GreenPlay survey of why people don’t use the Recreation Center is crowding/not enough space.

A hub where people can come together to exercise, learn, socialize and share experiences across generations. Everyone is welcome. Part of the YMCA’s mission is the philosophy to never turn away someone with an inability to pay for membership or programs. The goal is to provide space for kids to have a safe place to learn and build confidence after school and over the summer; for families to reconnect and grow together; for seniors to have a safe and supportive place to gather to stay socially and physically engaged; and for kids and teens to have access to education and training to reach their full potential in and out of the classroom.

The Wellness Alliance recommends that the City of North Platte enter into an operating agreement with the Scottsbluff YMCA. The YMCA of Scottsbluff has expressed interest and willingness; however, a formal agreement has not been finalized. The YMCA brings a wealth of knowledge and expertise surrounding youth programming, fitness and recreation. They will customize an operations arrangement specific to our community needs, including membership fees and programming.

The total cost of the project, including the Recreation Center renovation and expansion, Skate Park relocation and enhancement and Cody Pool revitalization, is approximately $52.5 million, plus an additional $10 million fundraising goal to create a maintenance reserve and affordability fund.

The funding plan includes a fundraising campaign appealing to individuals, families and businesses. The task force will leverage the YMCA partnership in fundraising efforts.

Funding will be sought from large employers such as Great Plains Health and the Union Pacific Railroad as well as grant opportunities.

Visitors account for up to 25% of Lincoln County’s yearly sales tax.

Q. Are alternative locations being considered for the Rec Center?
A. No. After much discussion and research, the current site was selected due to youth access, safety and the best use of resources by expanding the existing building.

Q. Does the design take into account new trends in wellness and fitness?
A. Yes. We have engaged with multiple recreation facility professionals on the concepts, features and design. The inclusion of pickleball and tennis courts and an outdoor classroom make the facility relevant to today’s expectations.

Q. Will there be indoor practice fields?
A. The final concept is still being developed. However, a field turf area is included in the initial design.

Q. Have security features and measures been considered?
Yes, control points are planned, and security measures can be integrated to fine tune the security and set the tone for the culture of the facility.

Q. Will the current parking lot be expanded?
A. Yes, the concept adds 35% more parking spaces, and further work is being done to advise on additional spaces.

Q. Will the baseball fields be relocated?
A. One T-ball field will be relocated and remain in Centennial Park.

Q. Do we know that a renovation and expansion of the existing building is less expensive than building new?
A. Yes, a new location requires land purchase, and infrastructure development/expansion adds unnecessary costs to the project. The existing building was deemed structurally sound by (BRS) an engineering firm, and offered the best use of resources.

Q. Will local contractors be utilized?
A. The project will be bid out much like other City of North Platte projects.

Q. How long will the renovations take?
A. The estimated timeframe for complete construction is 24 months.

Q. Why are Cody Pool improvements a part of this project?
A. Cody Pool was built over 70 years ago, with the last significant renovations in the 1980s. Because it is owned and operated by the City Recreation Department, it has been included in the overall proposal.

Q. Can the outdoor pool be brought over to the Rec Center area?
A. It is important to our community to retain Cody Pool in its current location. Cody Park is a destination in our community and has the space for an enhanced swimming pool/water park.

Q. Why are Cody Pool improvements a part of this project?
A. Cody Pool was built over 70 years ago, with the last significant renovations in the 1980s. Because it is owned and operated by the City Recreation Department, it has been included in the overall proposal.

Q. Can the outdoor pool be brought over to the Rec Center area?
A. It is important to our community to retain Cody Pool in its current location. Cody Park is a destination in our community and has the space for an enhanced swimming pool/water park.

Q. What is the proposed fee structure for membership?
A. Membership structure can range from monthly to annual with various categories, such as single, family, and senior. The affordable pricing will be based on the North Platte market, and a scholarship program will be in place. The YMCA philosophy is Y for all.

Q. Will the hours of operation change?
A. The hours will be determined based on member needs, program timing and staff availability.

Q. Will the YMCA also operate Cody Pool?
A. The operating agreement has not been finalized; however, the discussion regarding the operations of Cody Pool is underway.

Q. Does the YMCA offer afterschool programs, kids’ activities and summertime programs for kids?
A. Yes, the YMCA offers many programs that strengthen communities through youth development and programming. Programs for North Platte will be determined based on our community needs, capacity and staffing.

Q. Will the City maintain any control with regards to operations?
A. The City will negotiate an operating agreement with the Scottsbluff YMCA that is best for the people of North Platte. City leadership intend to keep our residents’ best interest at the forefront by holding at least two seats on the Scottsbluff YMCA board. In addition, the agreement will include a 180 day contract ‘out clause’ in the event the YMCA no longer meets the best interests of the residents.

Q. Why an additional sales tax, and what does that mean for me?
A. A sales tax is the fairest form of taxation. It allows us to capture dollars from visitors, those passing through, and those commuting daily to our community – those using our services and not otherwise paying for them. This means that for every taxable purchase made in North Platte, one-half cent will be explicitly collected to pay for the recreation project. For example, for every $100 spent, .50 cents will go towards this project. Many communities in Nebraska and neighboring states already have this type of sales tax that we are paying when we make purchases in those communities. Outside residents pay 25% of the sales tax generated in the City of North Platte, so visitors would be contributing to this project and pay a quarter of the total cost.

Q. Will this impact my property taxes?
A. No, the initiative is strictly a sales tax.

Q. What additional funding avenues are being explored?
A. In addition to the half-cent sales tax, fundraising will include a capital campaign, local business sponsorship and naming rights campaign, grants and individual gifts, and Newburn funds.

Q. Will the school district be putting any funding towards the competition pool?
A. The City and the School District intend to enter into an interlocal agreement to provide annual funding for the use of the competition swimming pool for swim team practices and competitions.

How Can We Donate